Here is a nice stitch, the Beaded Herringbone, TAST stitch #125. Go to Pintangle to learn!

At first I had difficulty to place the right amount of beads on the leg of the Herringbone, and as you can see I have placed the second leg of the stitch either after the last bead (second row) or between two of the beads (third row), as it should be according to Sharon's instructions.

I have also played around and made a few variations. 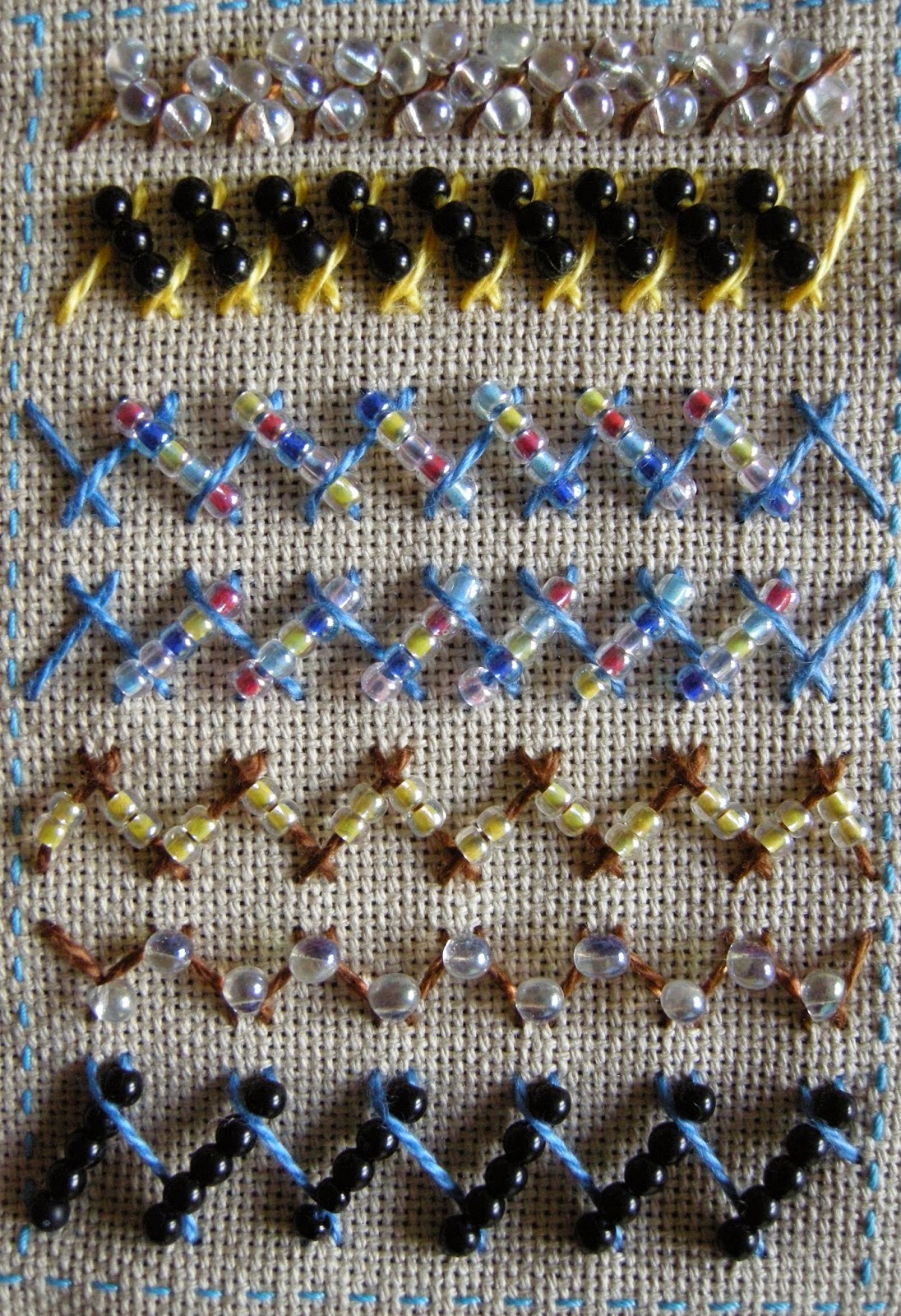 Great fun to play with beads again.
Posted by Queeniepatch at 17:26