Work In Progress Wednesday - the best way to get a move on and finish those Un Finished Objects. Go to Pintangle and see bustling activity. Then, why not join in?

I got a few inquiries about the ice cube I made last week.
The fabric used is synthetic 'organza', one piece is raspberry pink and the other white with a pattern in silver. Both were given to me by two good friends in the UK, many years ago. It is wonderful to dig such treasures out of the stash and remember opening the Christmas presents... Oh, no, I've started to digress again! 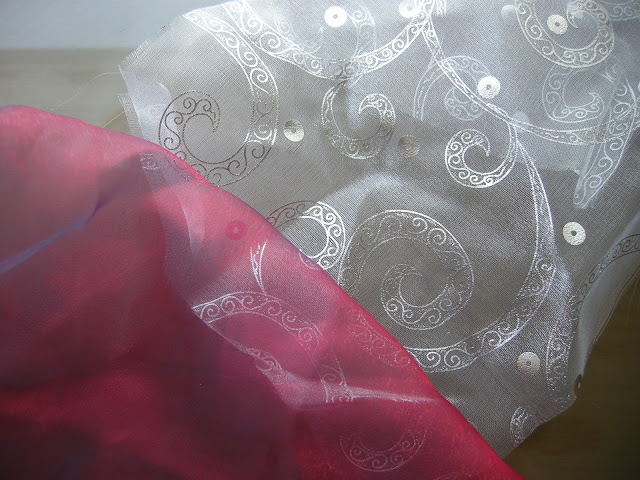 Back to the ice cube. I cut a small piece of each fabric and folded them over and over and over before appliquéing onto the glass, taking care to place the red fabric along the line of the raspberry squash. 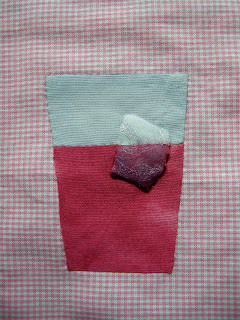 This silvery fabric has also been used for two of the other blocks on the quilt.

On the block I feature today, you will see a plateful of 'kanelbullar', cinnamon buns. (If you've ever been to an IKEA store, you might have had a cup of coffee and such a bun, although there is a huge difference in taste between a factory produced bun and the home made ones on this plate - golden brown cotton, delicious cinnamon thread and French Knot sugar , SCRUMPTIOUS!).
The plate is supposed to look like pressed glass. 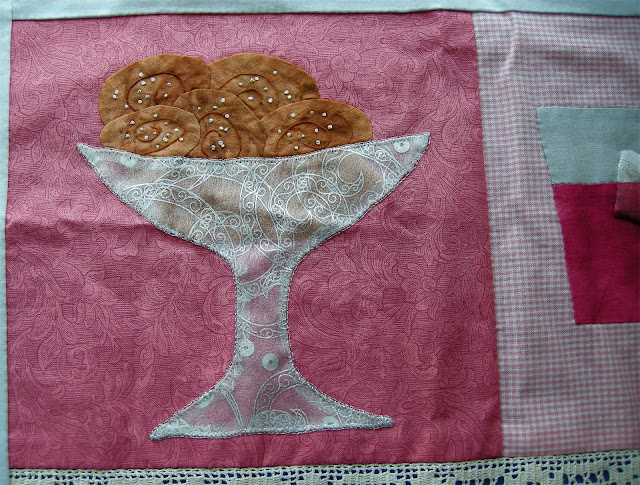 Then I have a few blue blooms on the border: 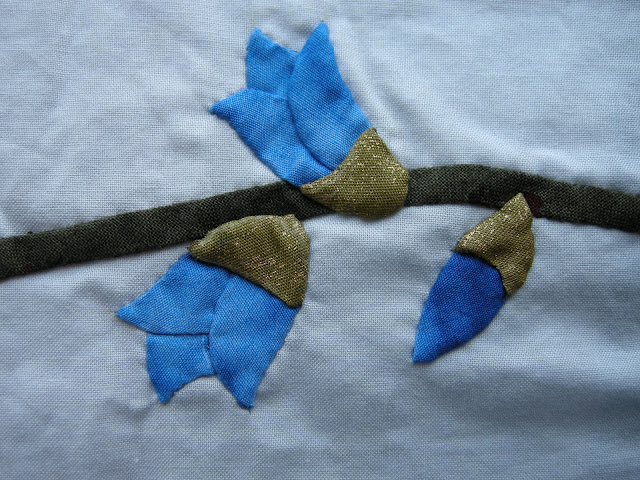