Christmas 'quilts' from my stash - 5

This is not a quilt, but a piece of embroidery: 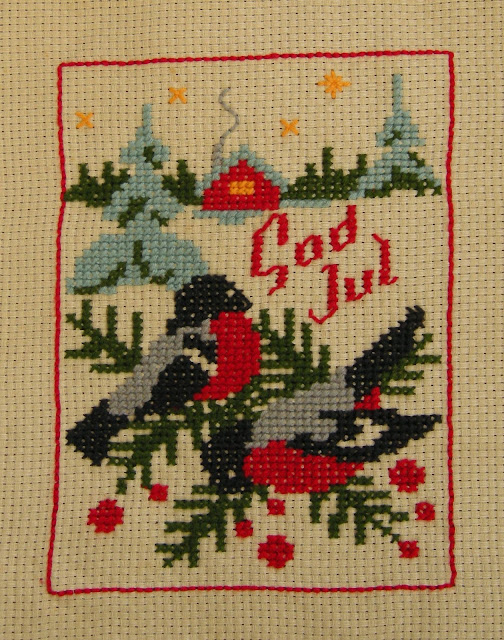 It was made by a much loved great uncle of mine when he was about 95.
When he became a widower and had to move to an old people's home, he was bored and lonely. The staff suggested that he should take up needlework. Although he had seen his wife and daughter fill their home with cross stitch craft, he at first thought it was an unmanly past time for himself. However, once he had started he was 'bitten by the cross stitch bug', and produced lots of wall hangings that were sold at the OPH's charity events.
He said that keeping busy with the embroidery was the best way to stop brooding or feeling lonely. I feel as if he is in the room when I display one of his embroideries (I have several) and this one is a must to have on show at Christmas.
It is so charming with its large stitches and simple colours.

I wrote about the hanging Christmas mobile before. You might also remember a bridal crown I bought last summer. More recently I blogged about an angel and some other felt dolls. These ornaments are now hanging from 'washing lines' stretched across the room, as I do not have a decorated tree in the house. 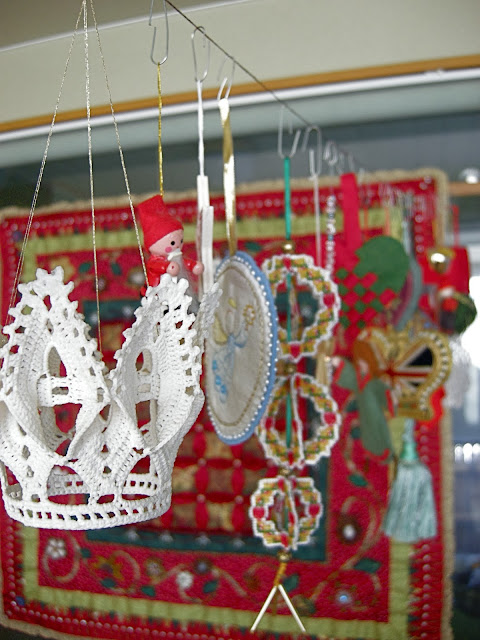 Merry Christmas!
Posted by Queeniepatch at 20:45