An angel and her cousins

In my last WIPW post I showed this little Christmas ornament I made recently. 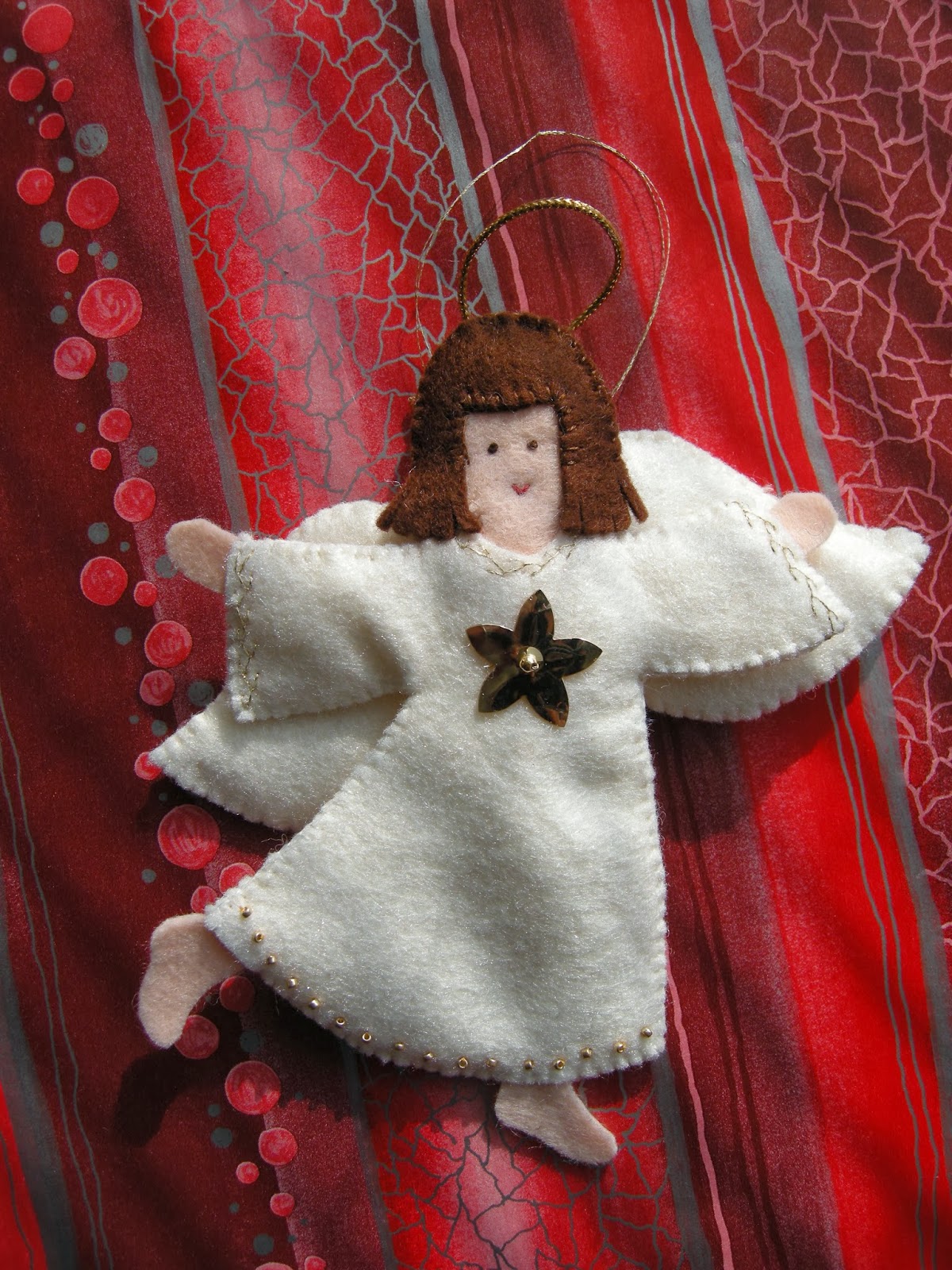 Annet asked if it was my own design, and I have to admit that it is not.
I found the pattern in a Swedish craft magazine, Handarbete, in the 90s, and have made several versions. Also here are some of the cousins: 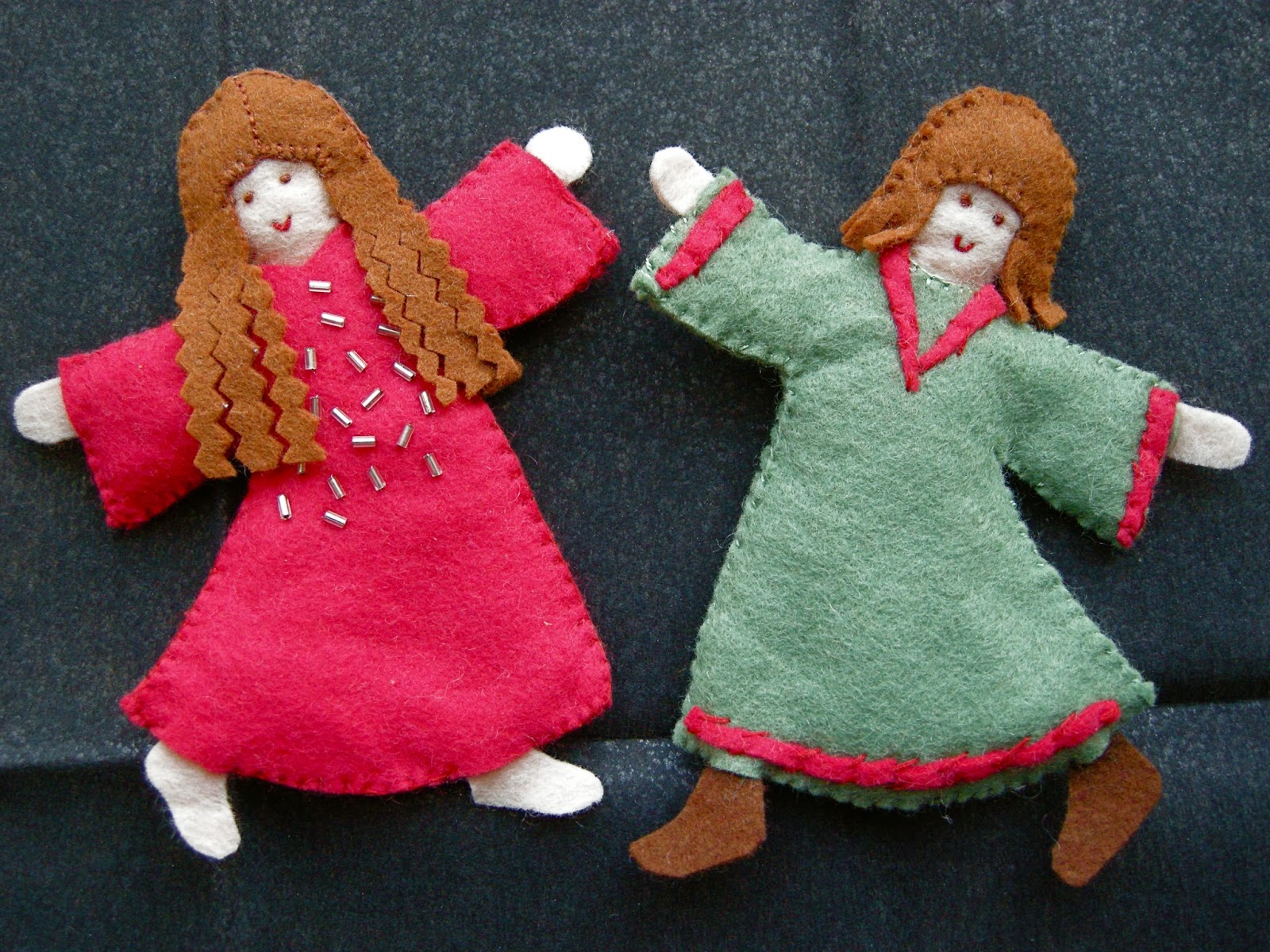 To celebrate Lucia, a Swedish tradition held on 13th December,  I once made this doll from the same basic pattern. 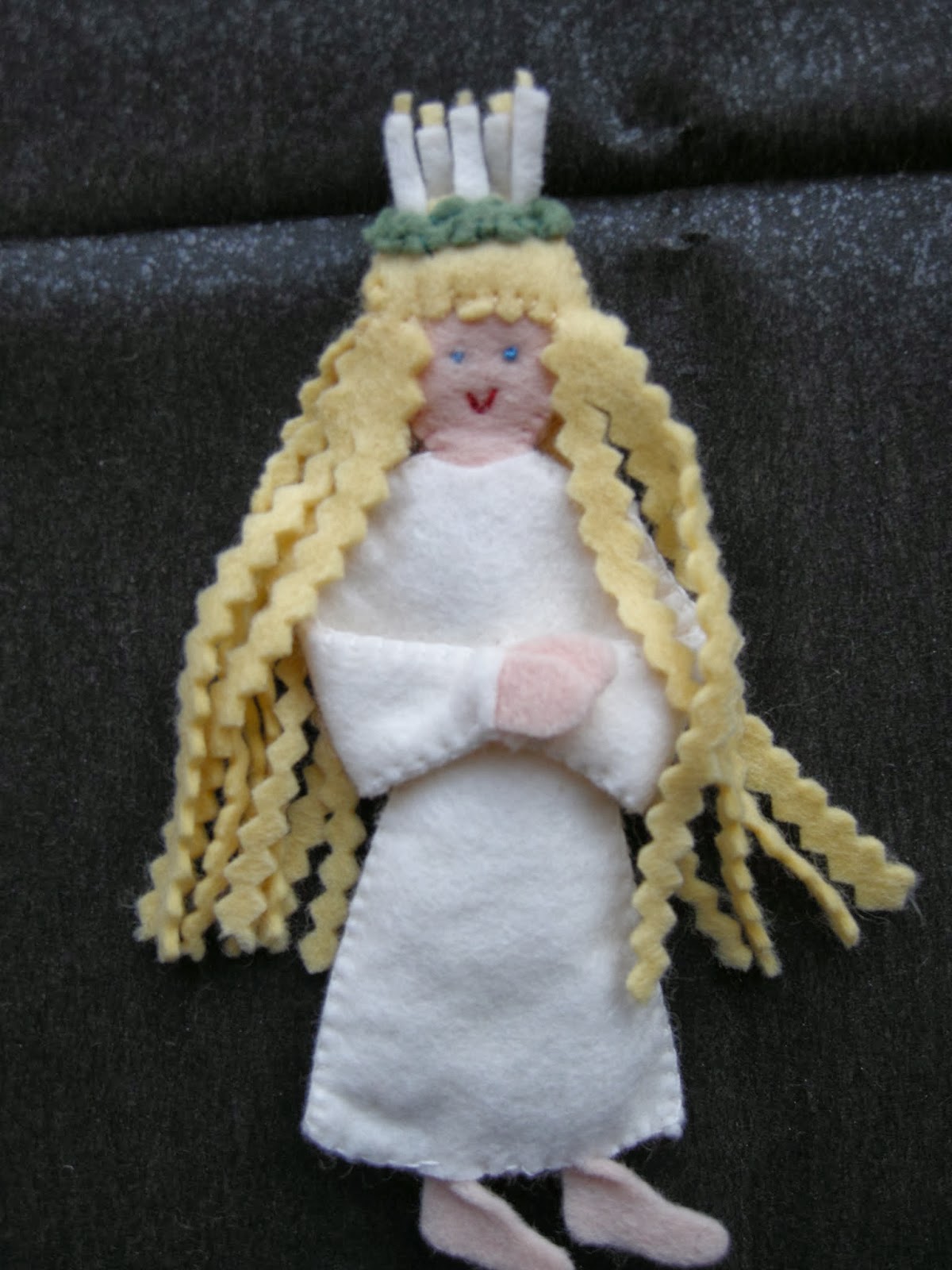 St Lucia comes in the dark winter night carrying light, and hope.
Children traditionally wake their parents early in the morning with songs,  and carrying coffee, saffron buns and ginger snaps. One of the girls would be St Lucia, the other children her attendants. The girls would have tinsel in their hair and the boys a cone shaped white hat and all would hold candles in their hands.
Lucia is also celebrated in schools, companies, church and shown on national TV, this year from Olaus Petri Church of Örebro.
My little Lucia is blurry eyed - is it too early in the morning or have the eyes simply got fuzzy with felt? Either she needs to wash her face or I need to redo her eyes!
Posted by Queeniepatch at 11:04