In today's Work In Progress Wednesday 'Kafferepet' report, I want to show you another important item for the coffee party, the napkin or serviette. 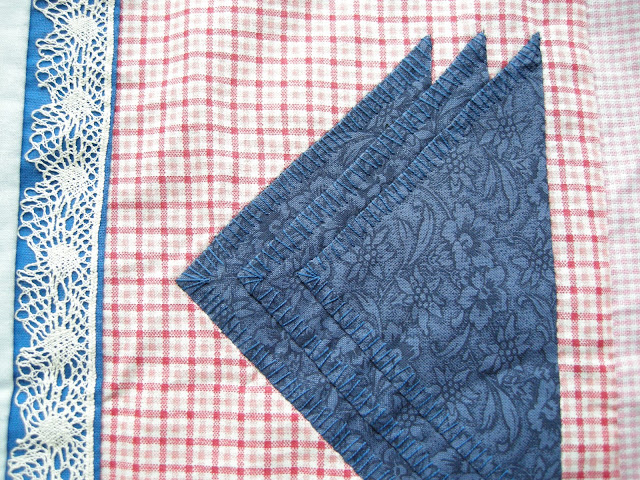 These are meant to look like paper napkins (although any quilter will of course know this is appliquéd fabric, ha, ha), but they ought to have been linen serviettes.

As it stains easily, in the 1960s the linen napkin began to be replaced with disposable paper serviettes. These days they can be found in a variety of colours and patterns, often reflecting the season. 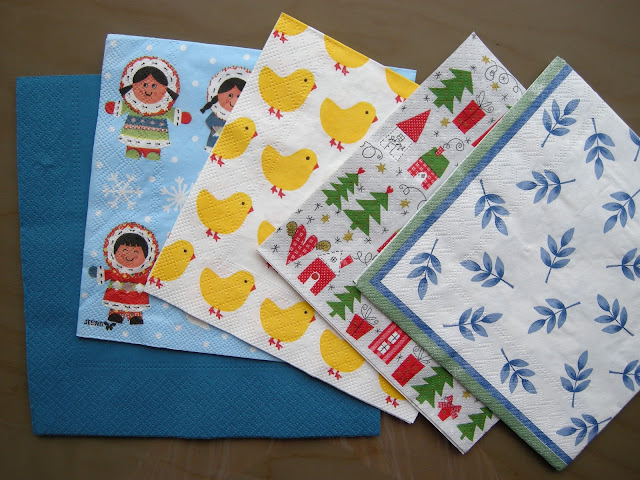 For the elegant table setting the napkins should be folded. I found this book from Ica Förlaget, printed 1969. 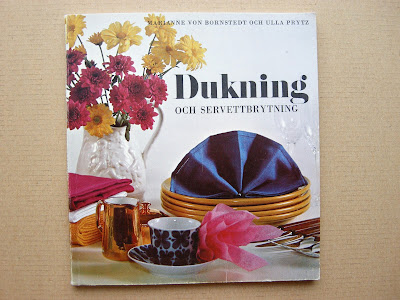 It shows in detailed diagrams over thirty different ways of folding. For example 'The Princess' to the left and 'The Water Lily' to the right. In the latter one can place a roll or bun. 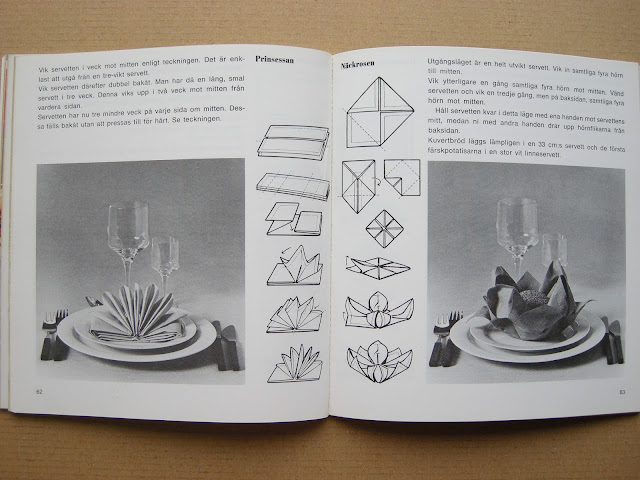 In the book is also a good illustration of a Kafferepet table, and you might recognise several of the items I have included in my quilt. 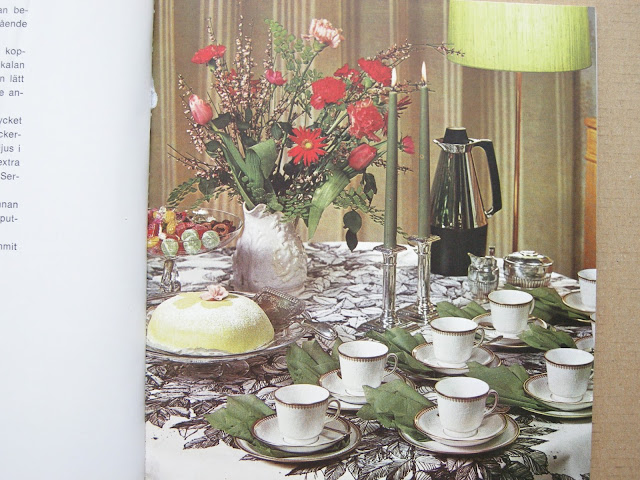 Coffee cups, spoons,  napkins, candles, a green Princess cake with the pink marzipan carnation. Instead of the china coffee pot there is a rather ugly thermos pot.

Before we leave the subject of napkins, may I tell you a bit about the Japanese custom?
At home, napkins are seldom used, even when there are guests, you simply reach for a tissue from the box. Instead you might have on hand a small (dish)cloth, wet but well wrung out,.
Guests might each be offered a nice clean one, called 'oshibori', beautifully placed on a small bamboo tray.
It is actually quite common that you are given such an 'osibori' in a restaurant, these days they might be of paper. 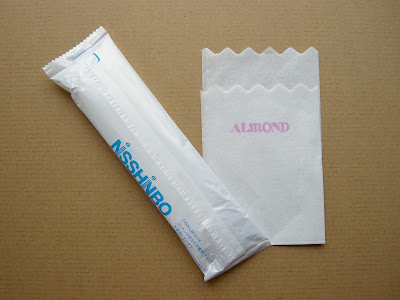 The serviettes offered at coffee shops is usually a scant piece of glossy tissue, good enough for wiping your mouth maybe, but how do you protect your clothes?
Well, you carry a handkerchief of course, and spread it on your lap. Anyone who has been to a Japanese department store will know the huge selection of handkerchiefs - and they are NOT for blowing your nose in!!!

The really elegant restaurant will give you a 'hizakake', a lap cloth, often with the name of the establishment. They are quite collectable, and can be used by the ardent quilter! This one from 'Tekkinro'. 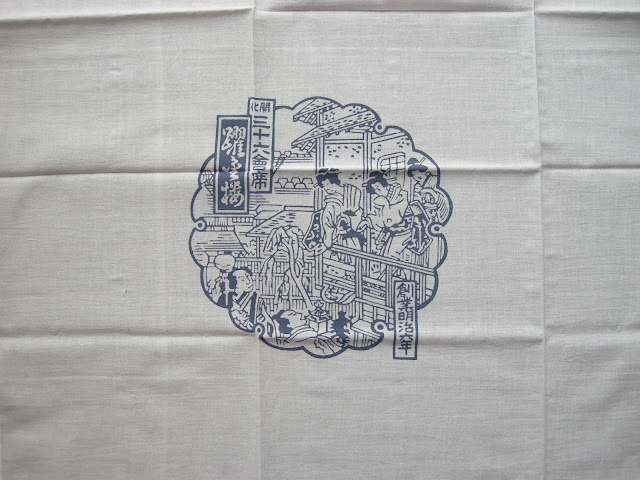 Now back to the progress report.
On the border I have been adding small embroidered branches. I used my new cq stencils, and worked two TAST stitches. #23 Cable Chain and #27 Up and Down Buttonhole: 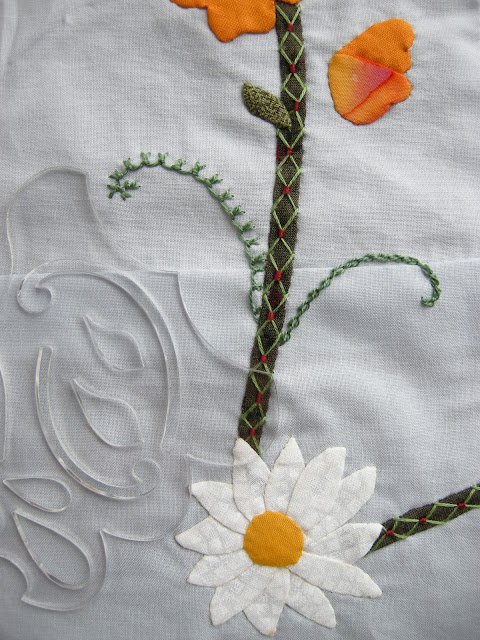 For more WIPW reports, go to Pintangle.
Posted by Queeniepatch at 09:11