I was very fortunate to have been invited to attend the Opening Ceremony. I asked my friend Julie of My Quilt Diary to join me. Julie will also be reporting from the show so do head over to read her blog posts.

The show is held in Tokyo Dome, a gigantic indoor baseball field. The opening ceremony is a serious affair as you can see from these pictures. 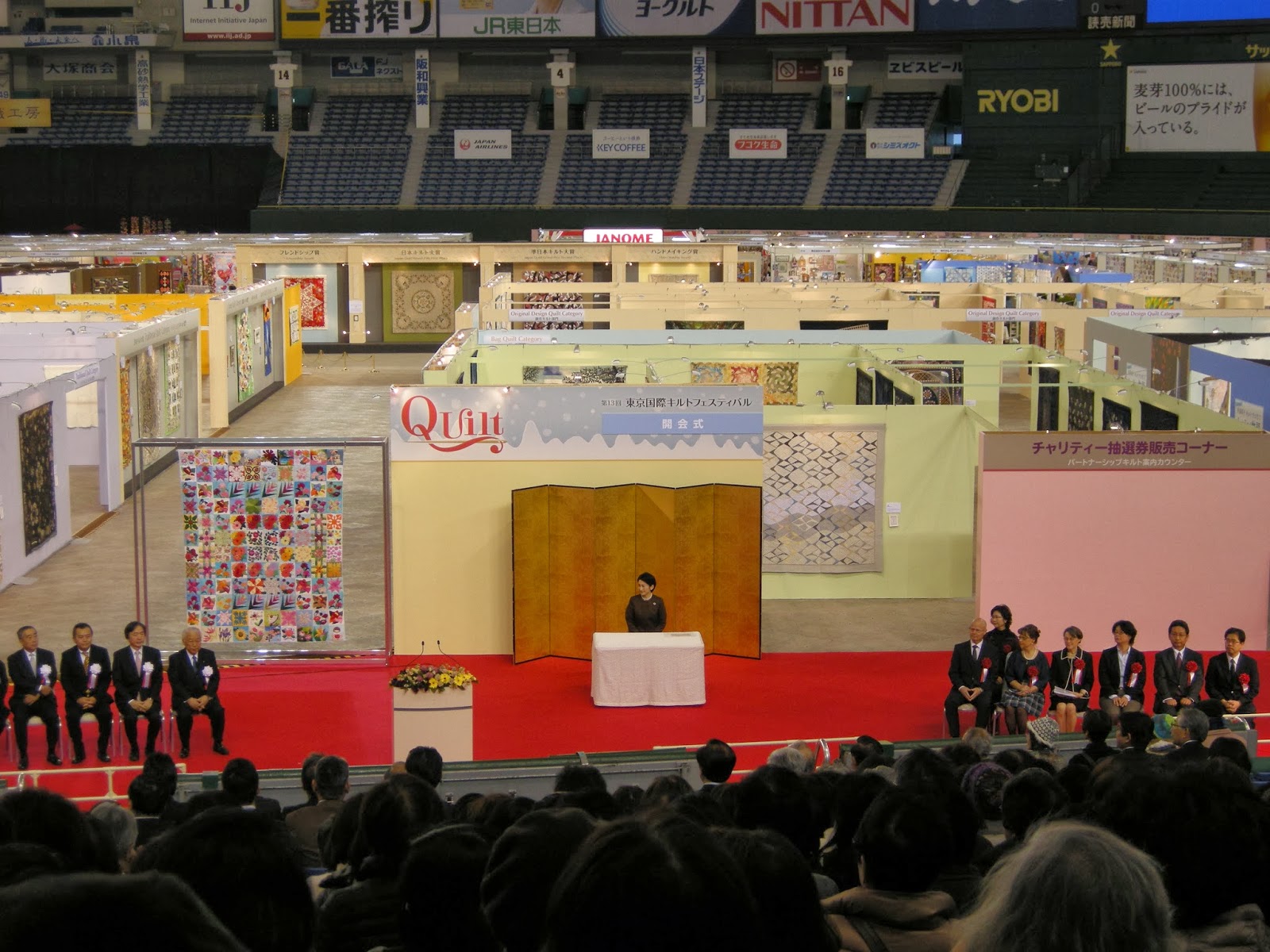 On the left are four men representing Tokyo Dome, NHK (the Japanese state run broadcasting company that is the organiser of the show), Yomiuri newspaper and other sponsors.
The lady in front of the golden folding screen is Kiko, Princess Akishino, a representative of the Imperial Family.
On the right you can see some other important guests, among them the Ambassador of Finland and his wife, with a translator behind them. Five of these people made speeches. Note how the officials wear white pompom ribbons and the guests red. 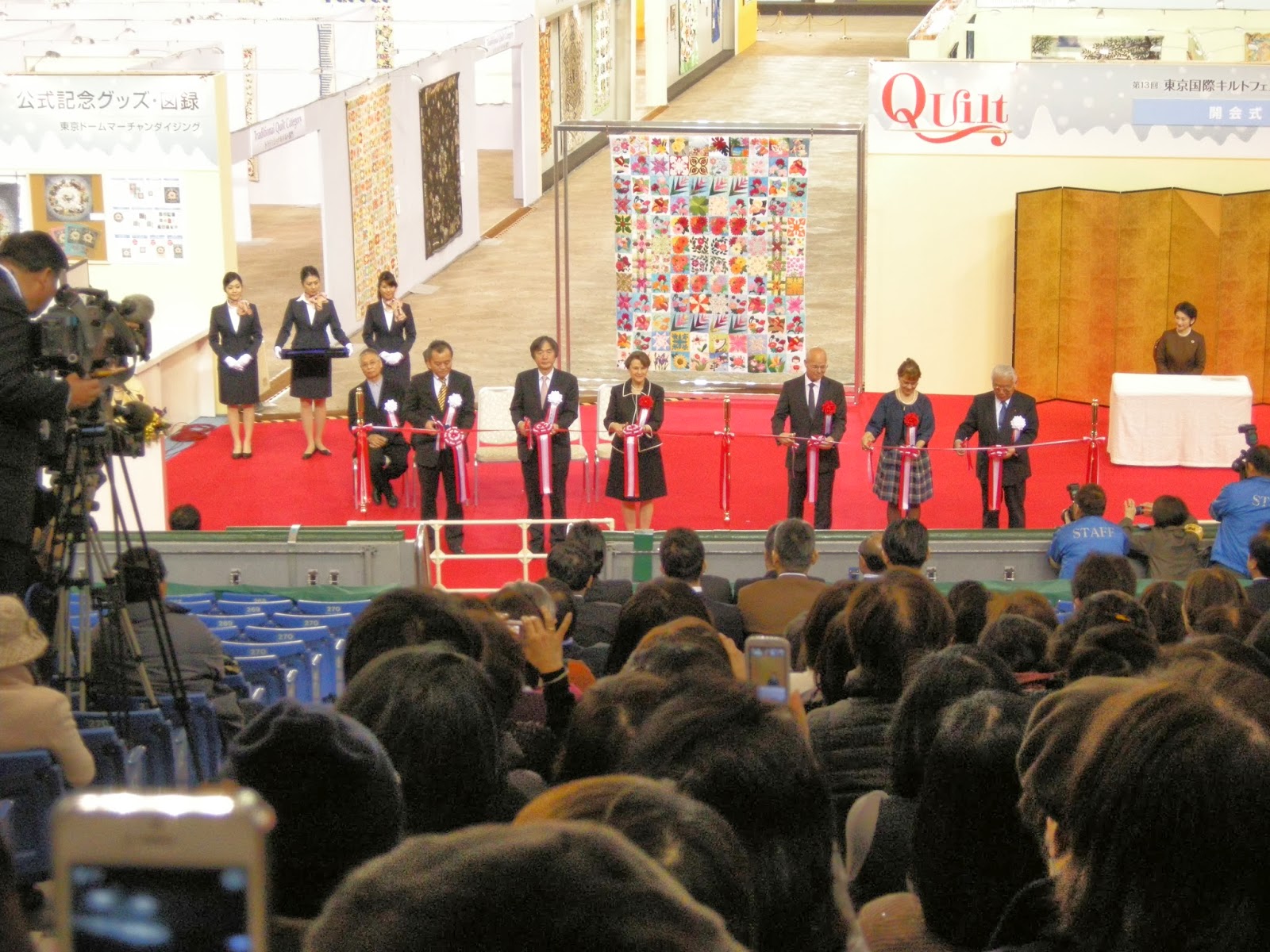 The show was officially opened by a ribbon cutting ceremony. Even the highly polished scissors are bedecked with ribbons, and look at the three attendants in the background; smart suits, perfectly knotted scarves, white gloves and one of them is holding the black lacquer tray on which the scissors are placed. That's formality for you!

Once all these ceremonies were completed, we were let onto the field to see the quilts. We had 45 minutes before the show opened to the public and the arena would fill up. Julie and I headed for the Traditional quilts of the Contest. 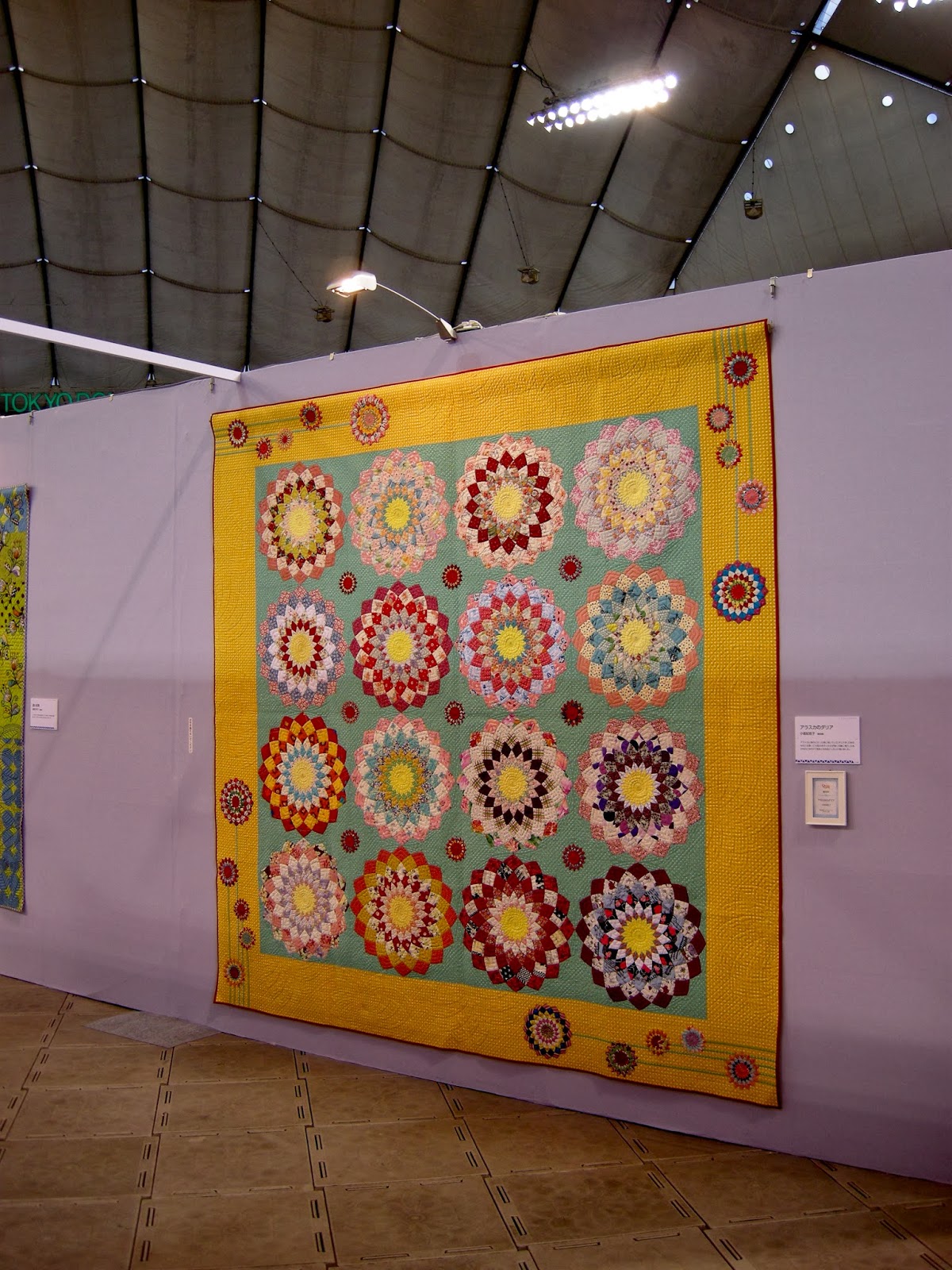 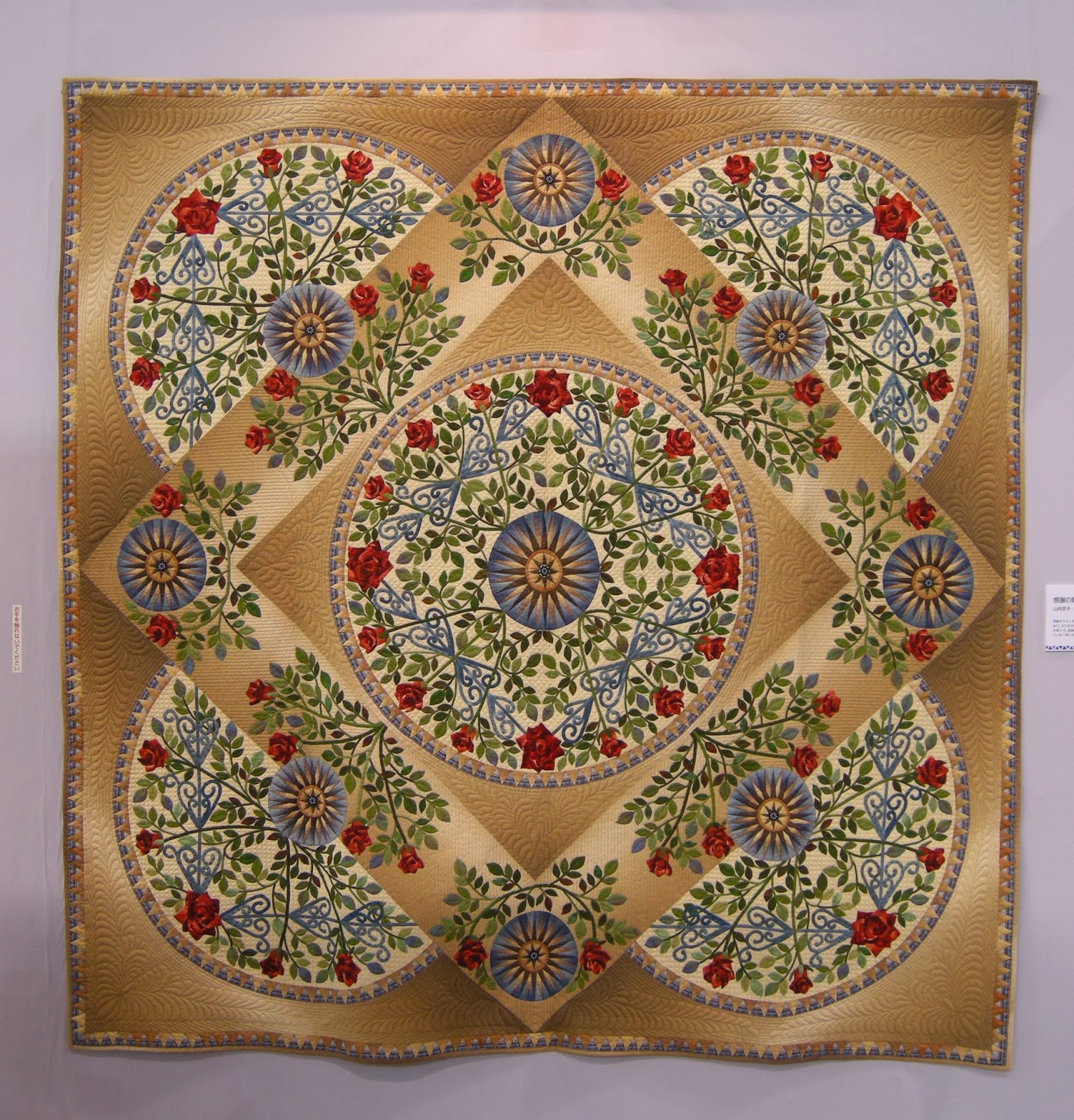 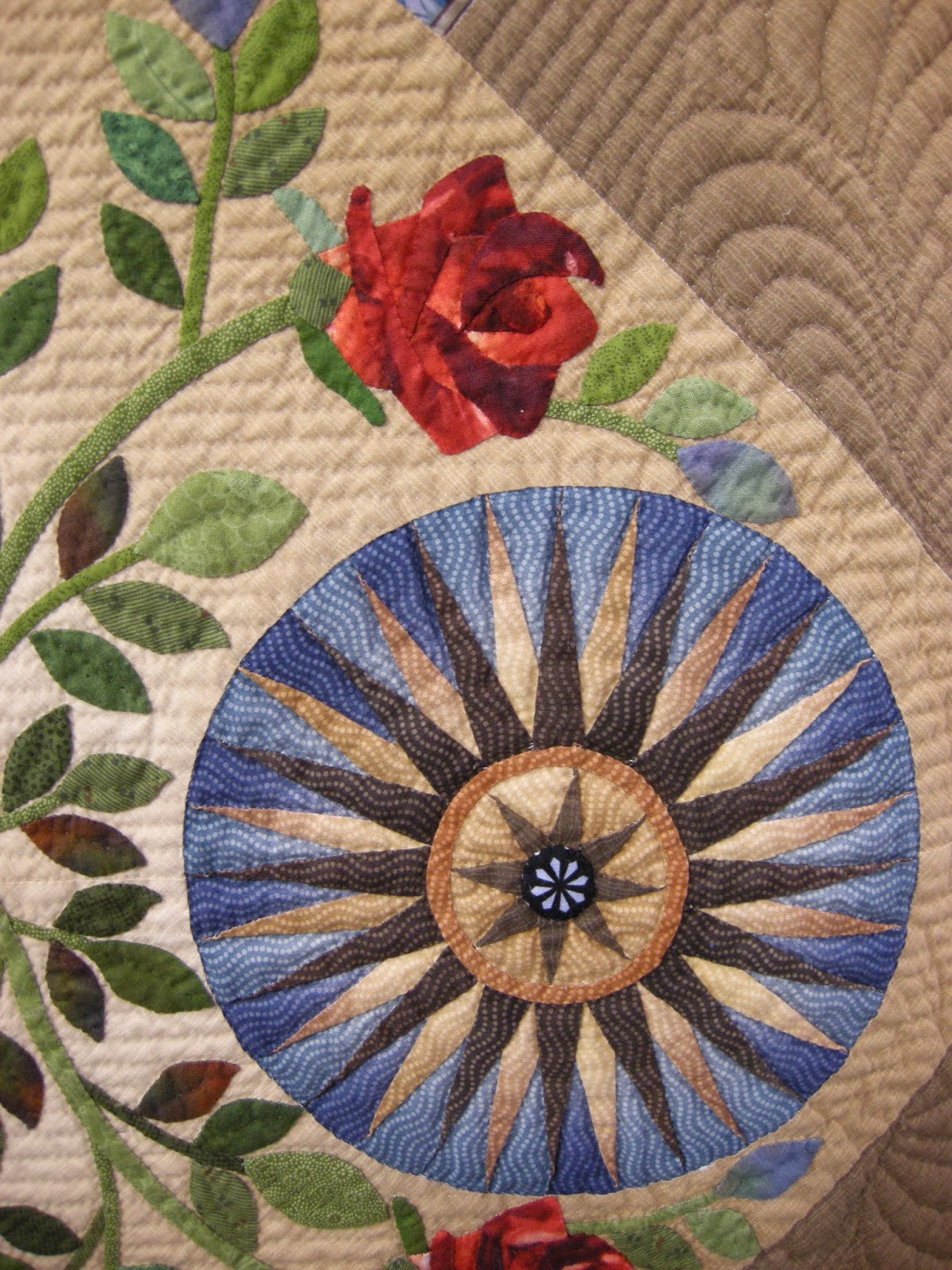 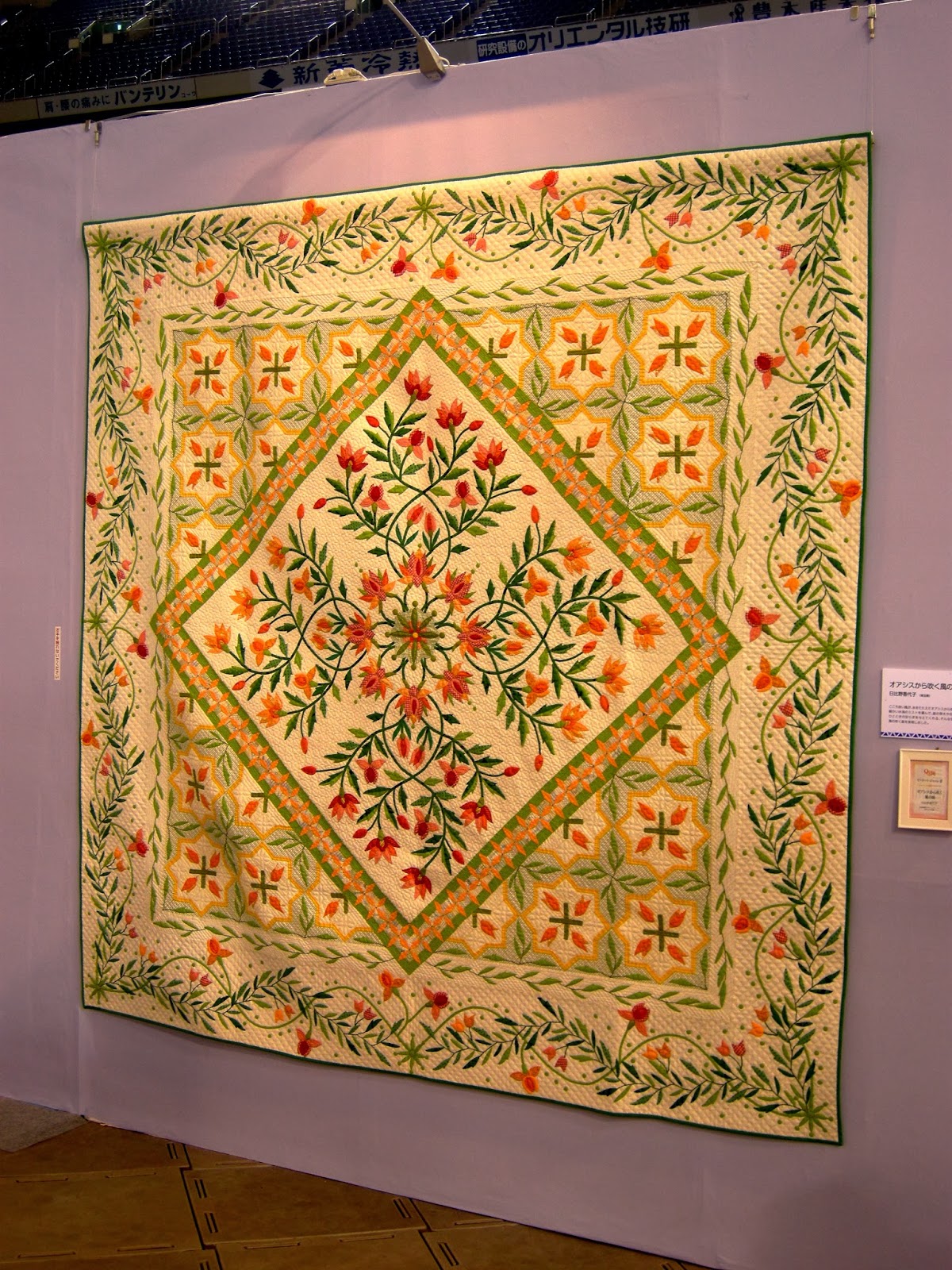 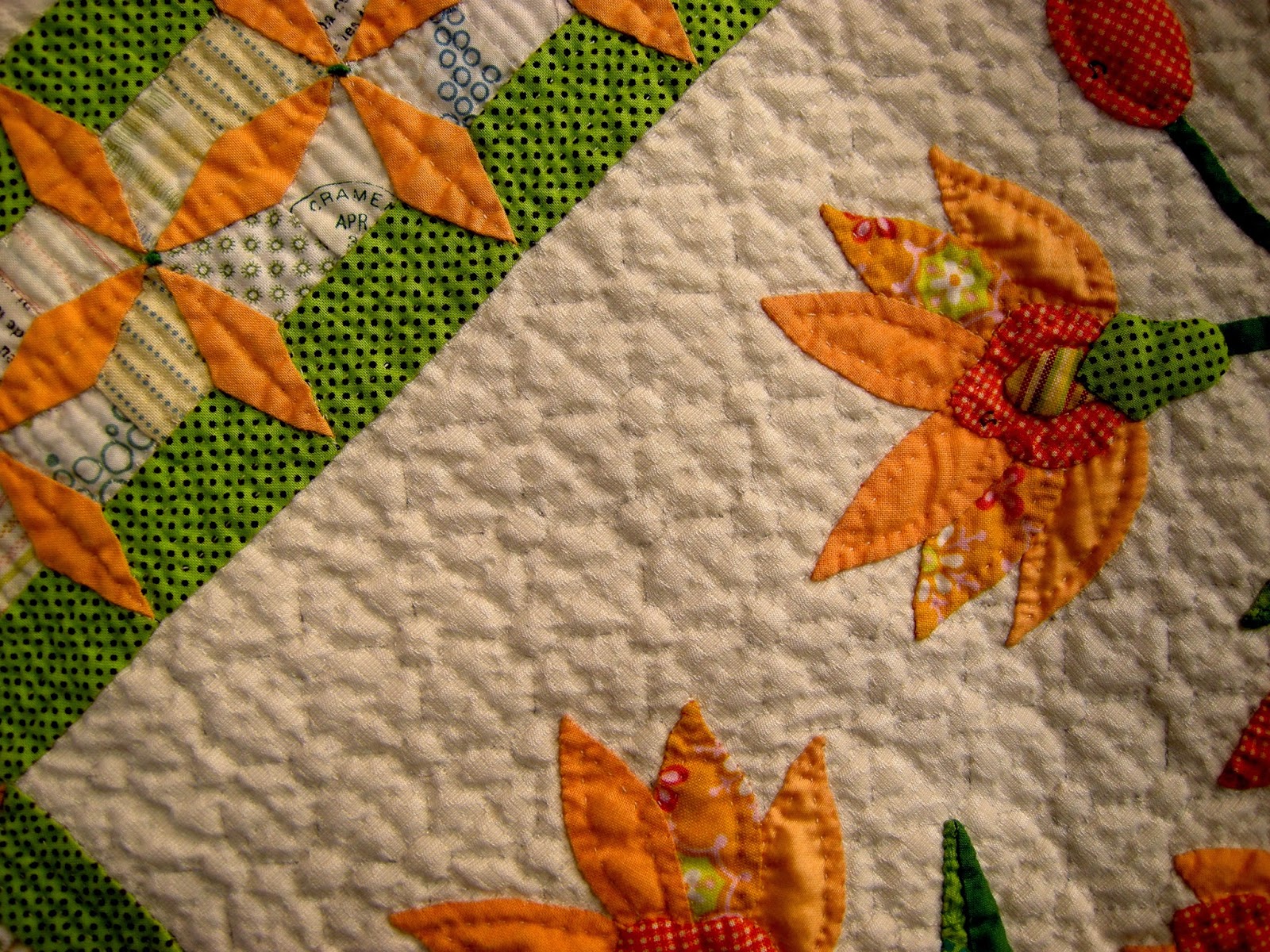 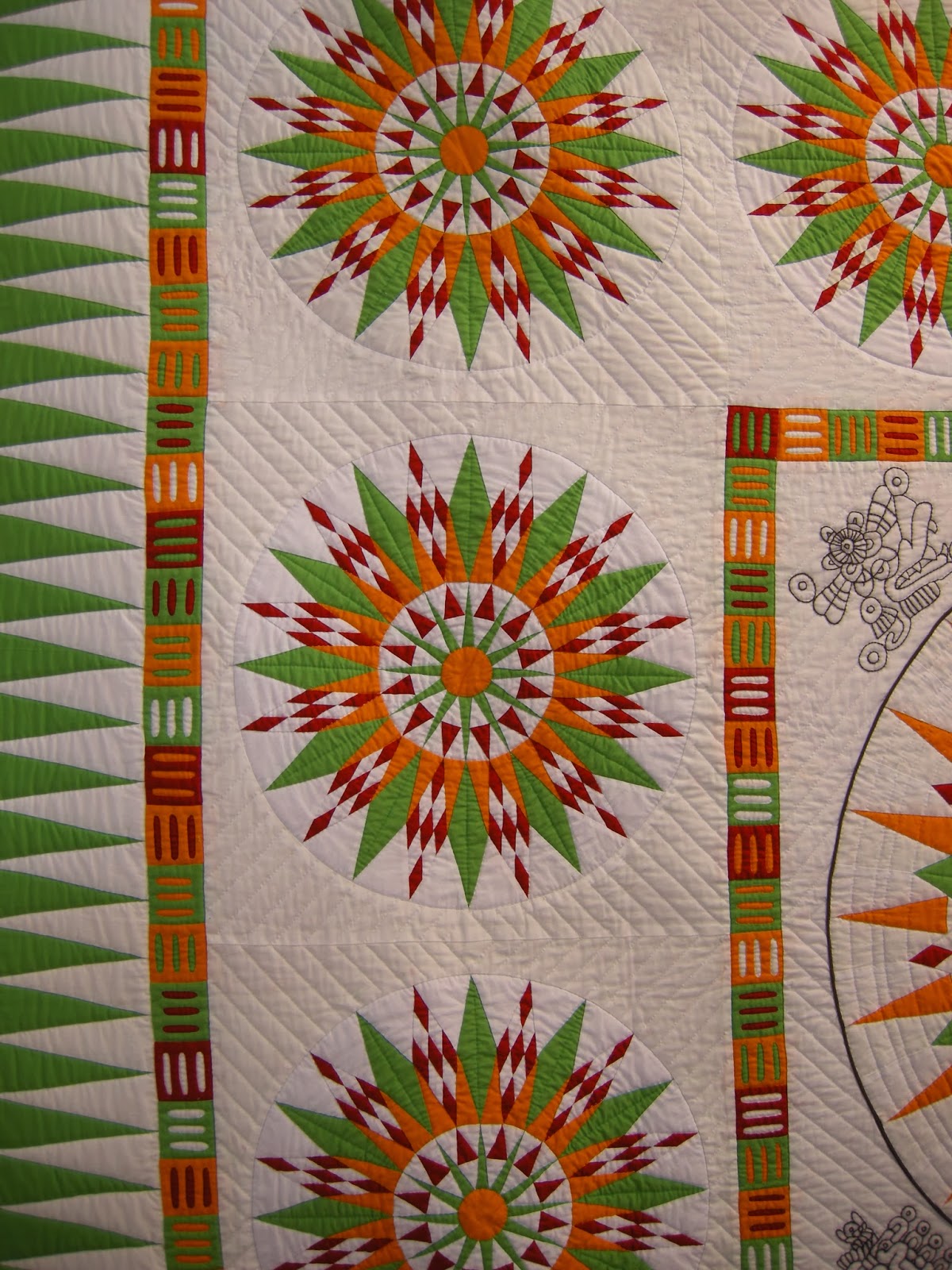 テノチティトランの太陽 by 加納幹
This quilt is similar in colours but look at the fantastic pattern! The sashing is Mola quilting. 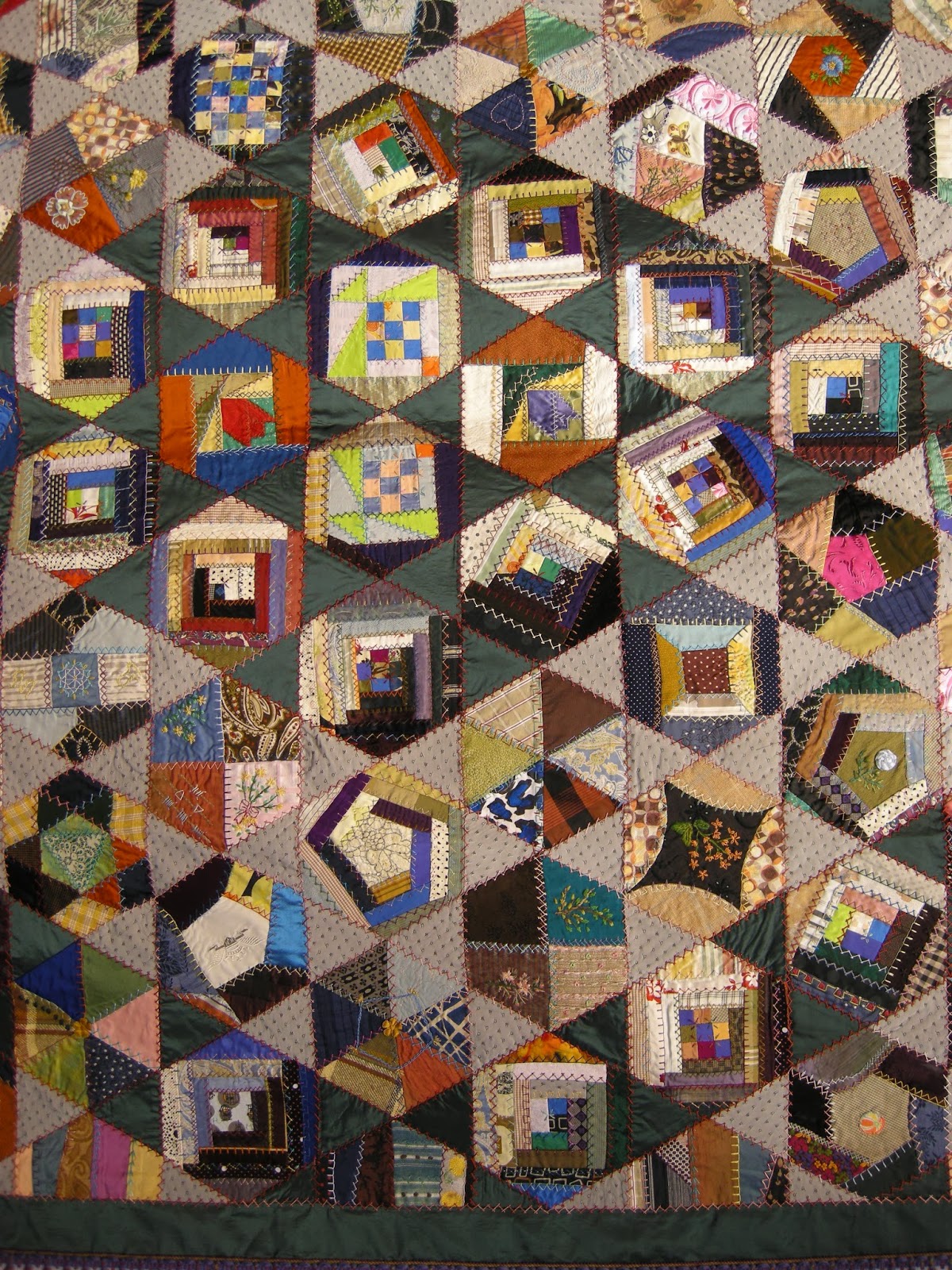 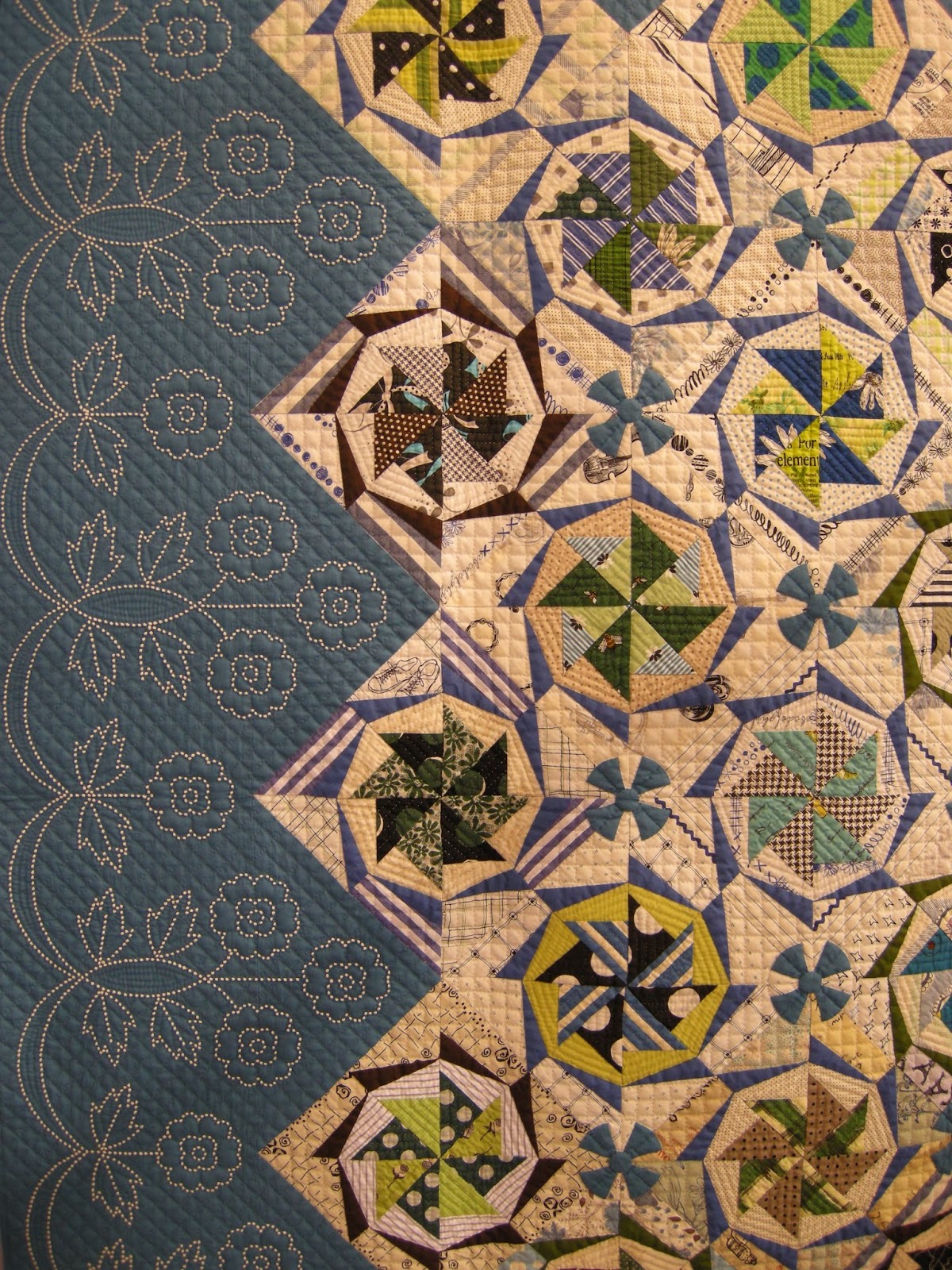 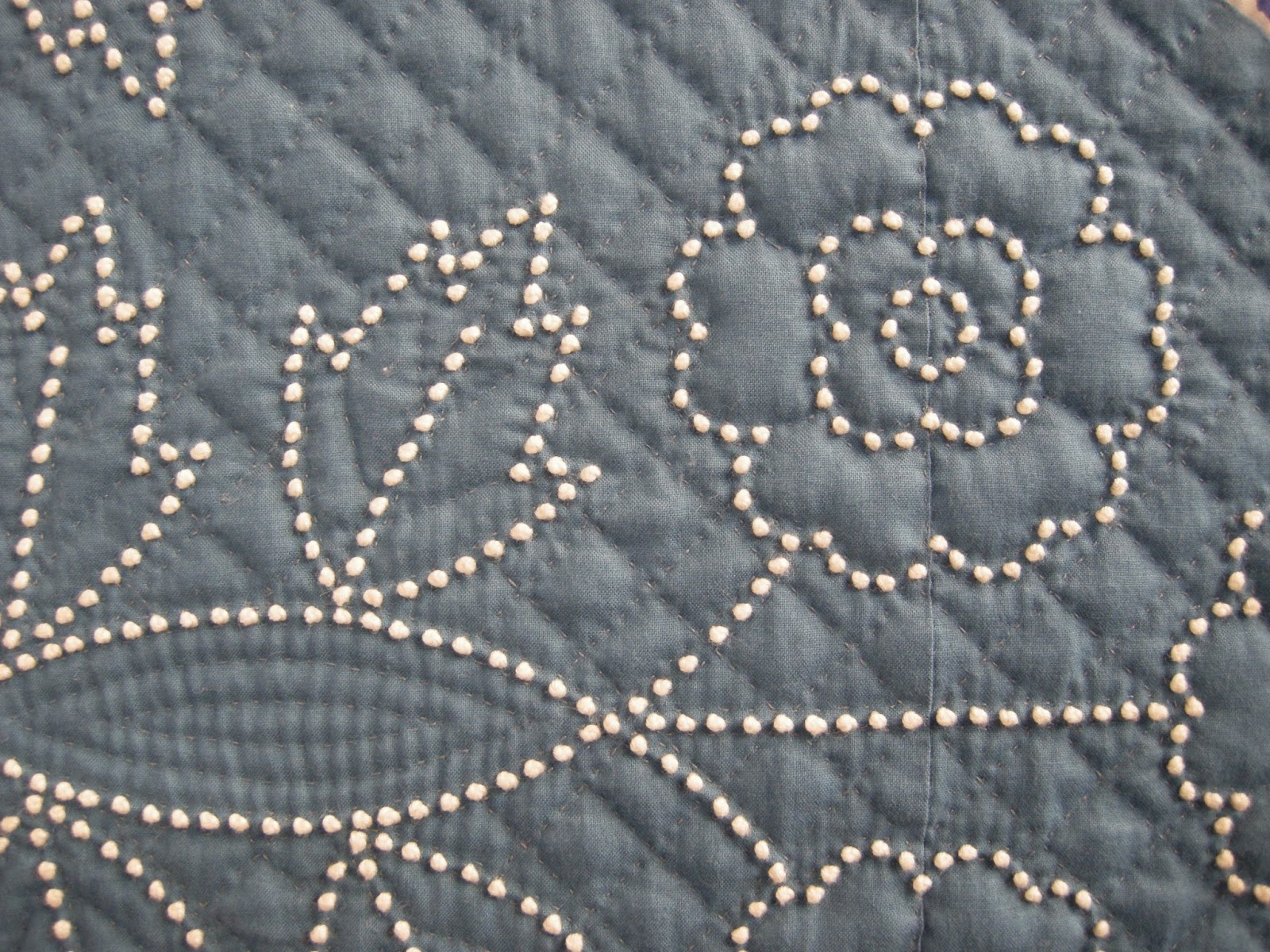 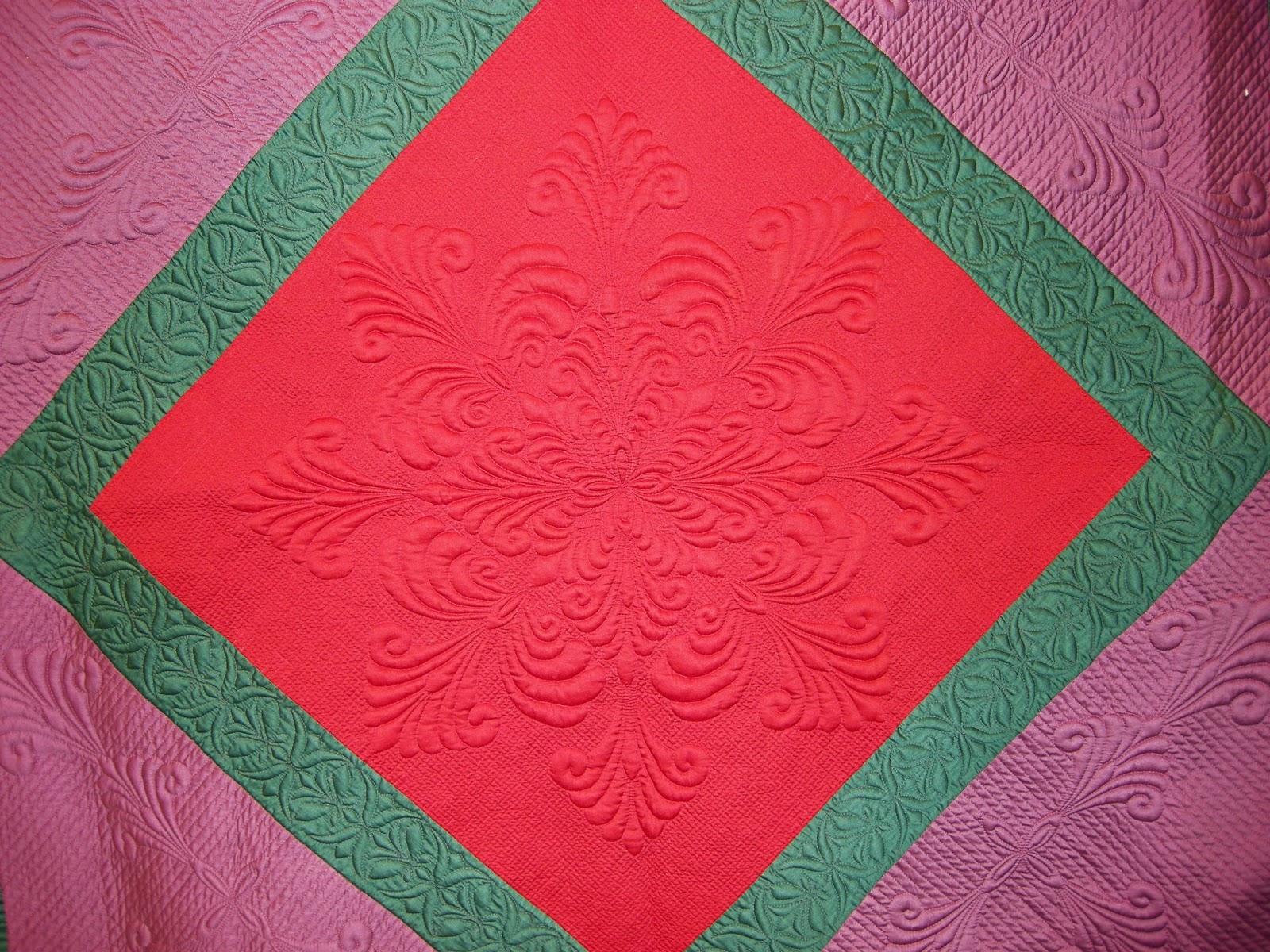 至福の時間 by 枝野さとみ
Ms Edano has turned a traditional Amish pattern into a trapunto quilt! 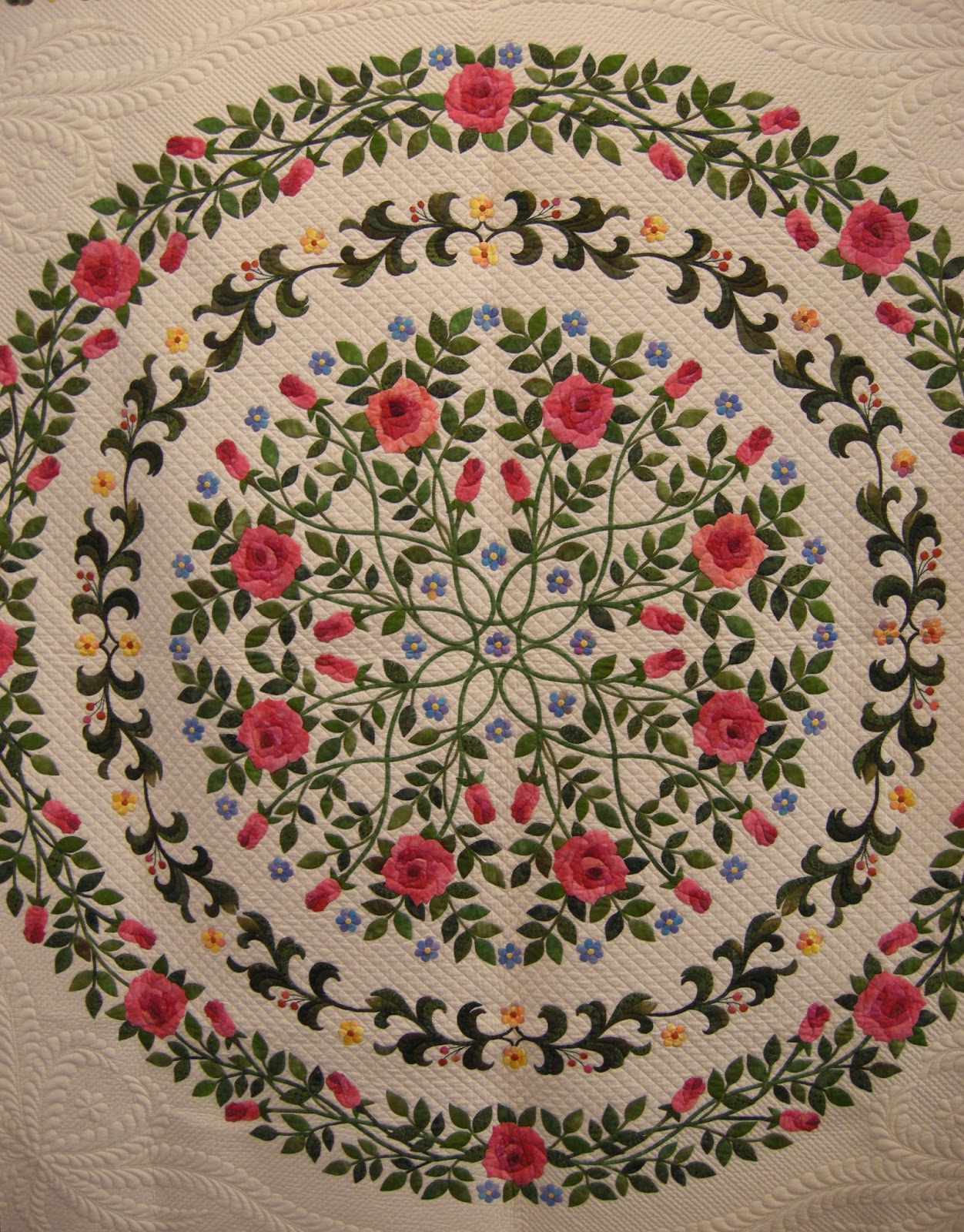 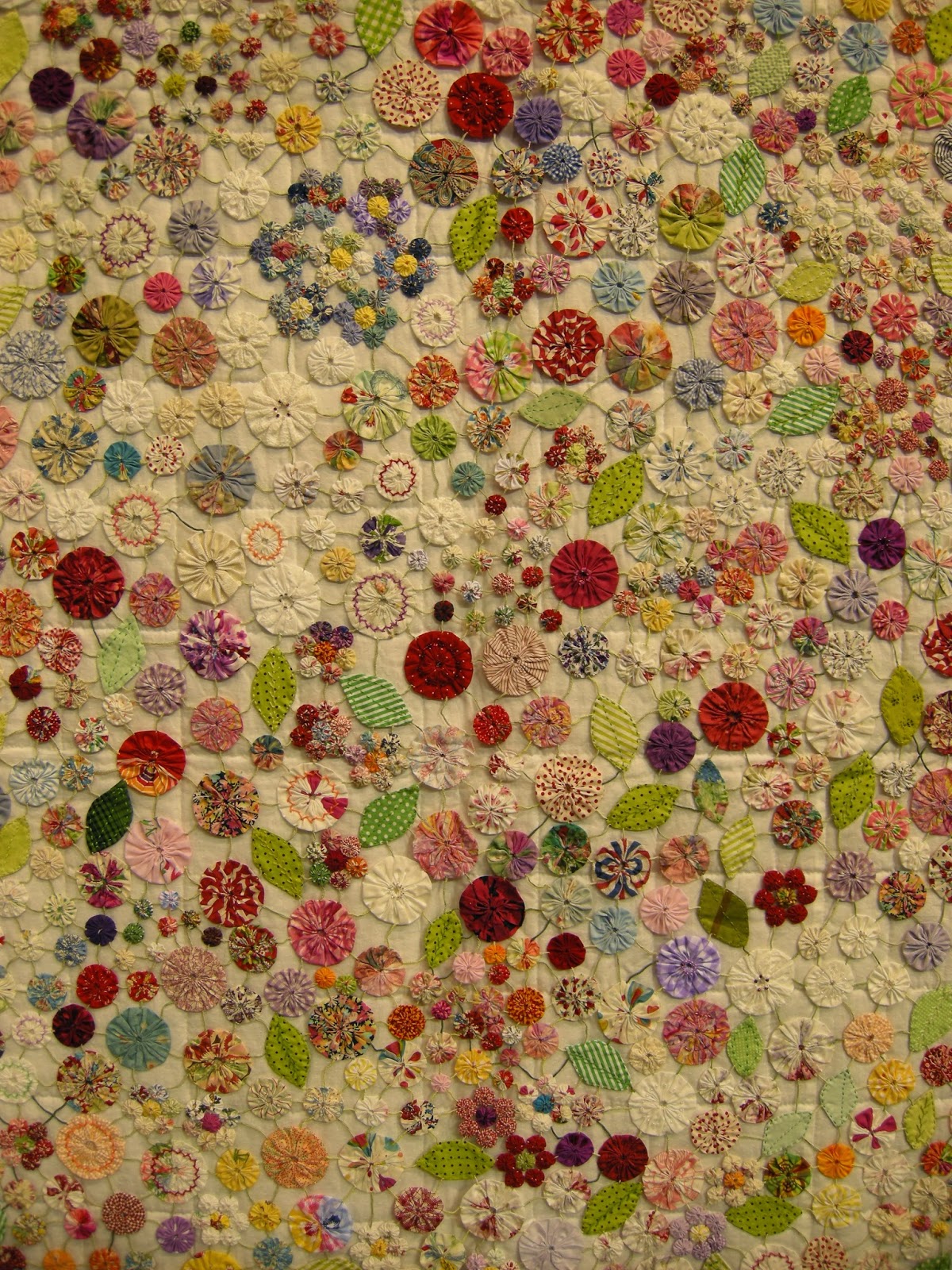 フラワーカーニバル by 寺田矢枝子
Here is a detail of Suffolk Puff/yo-yo quilt. Can you see that they are all joined together? 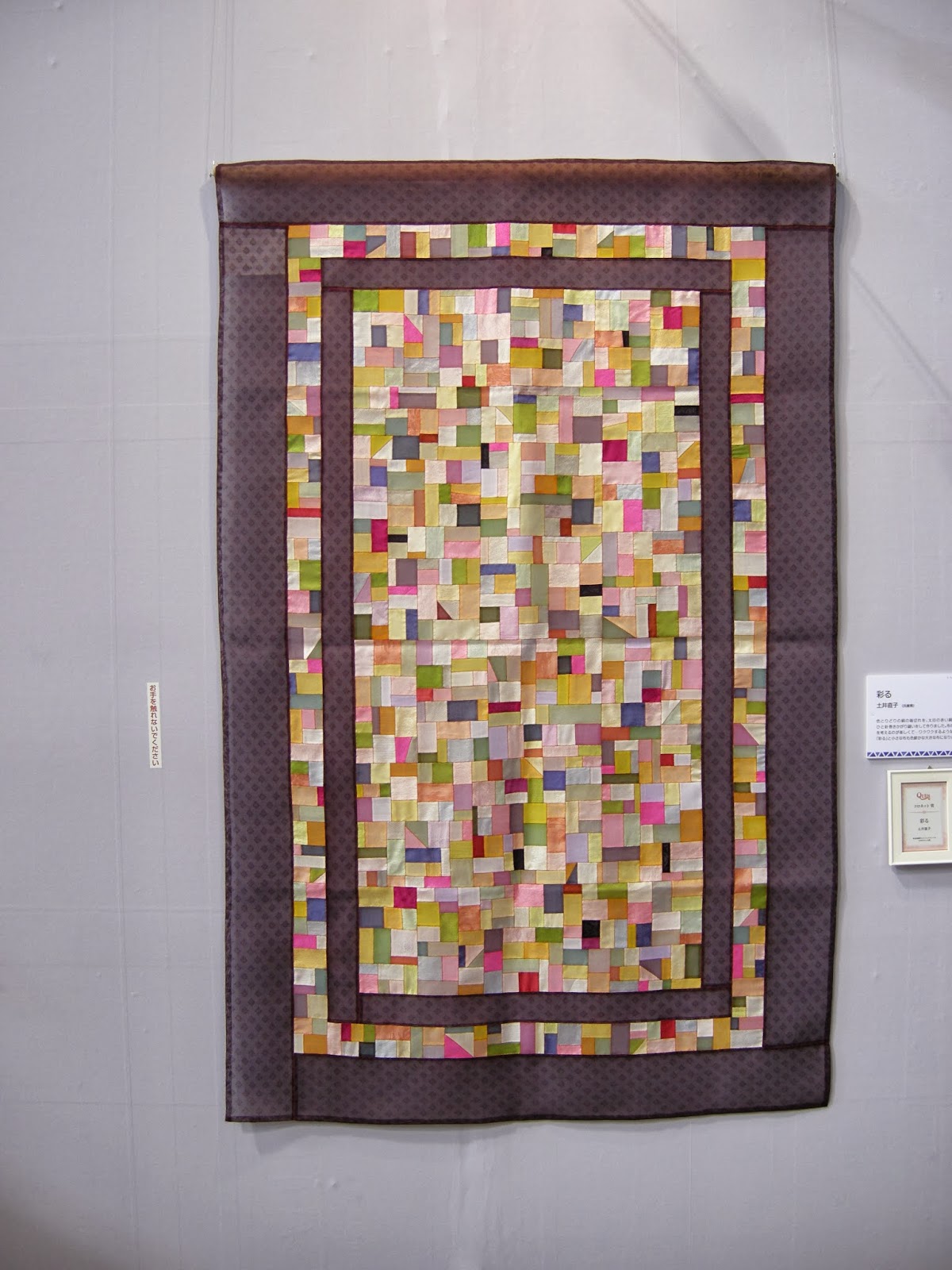 彩る by 土井直子
This is a Korean form of patchwork called Pojagi and a detail of the seams can be seen below. 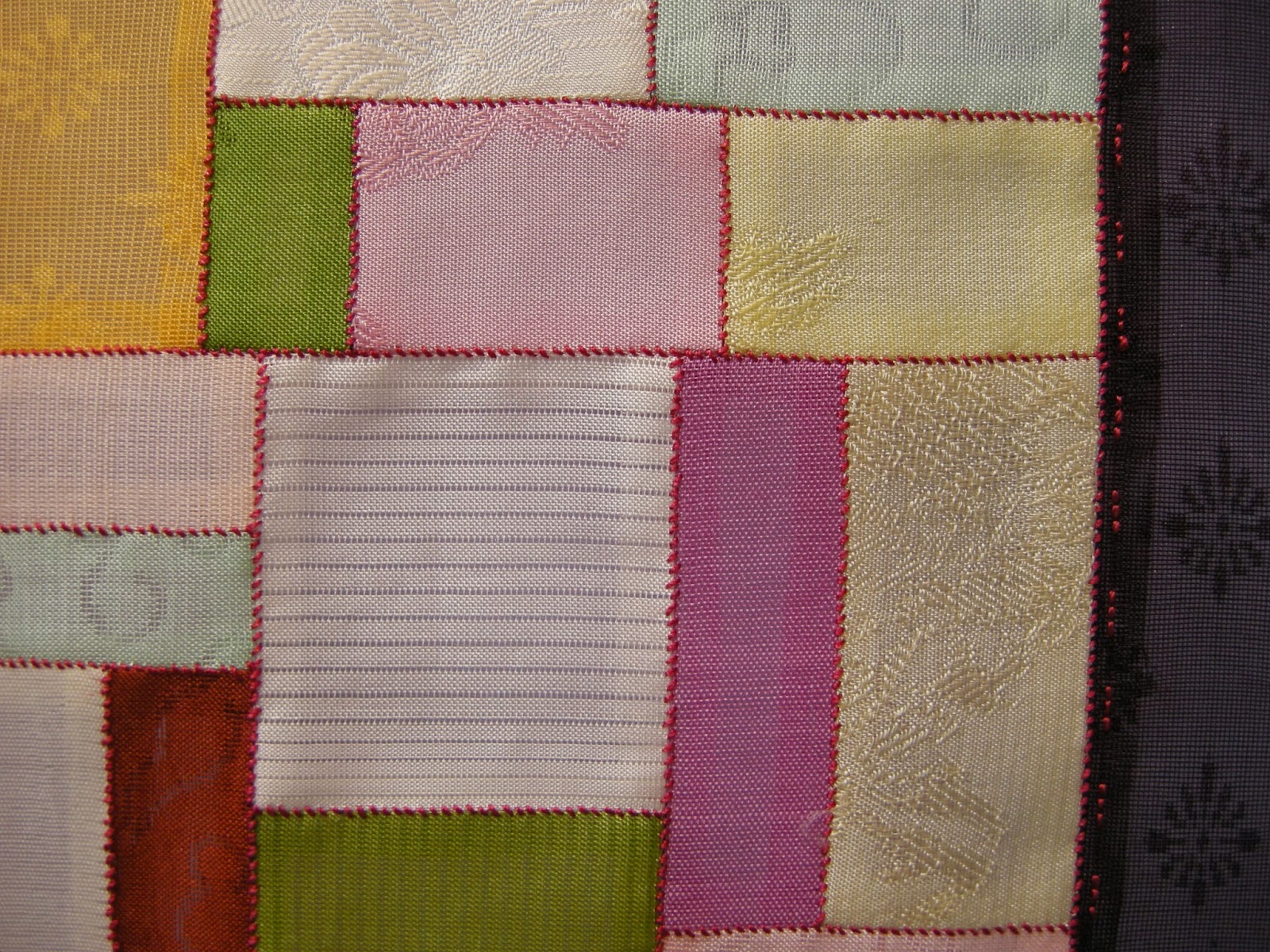 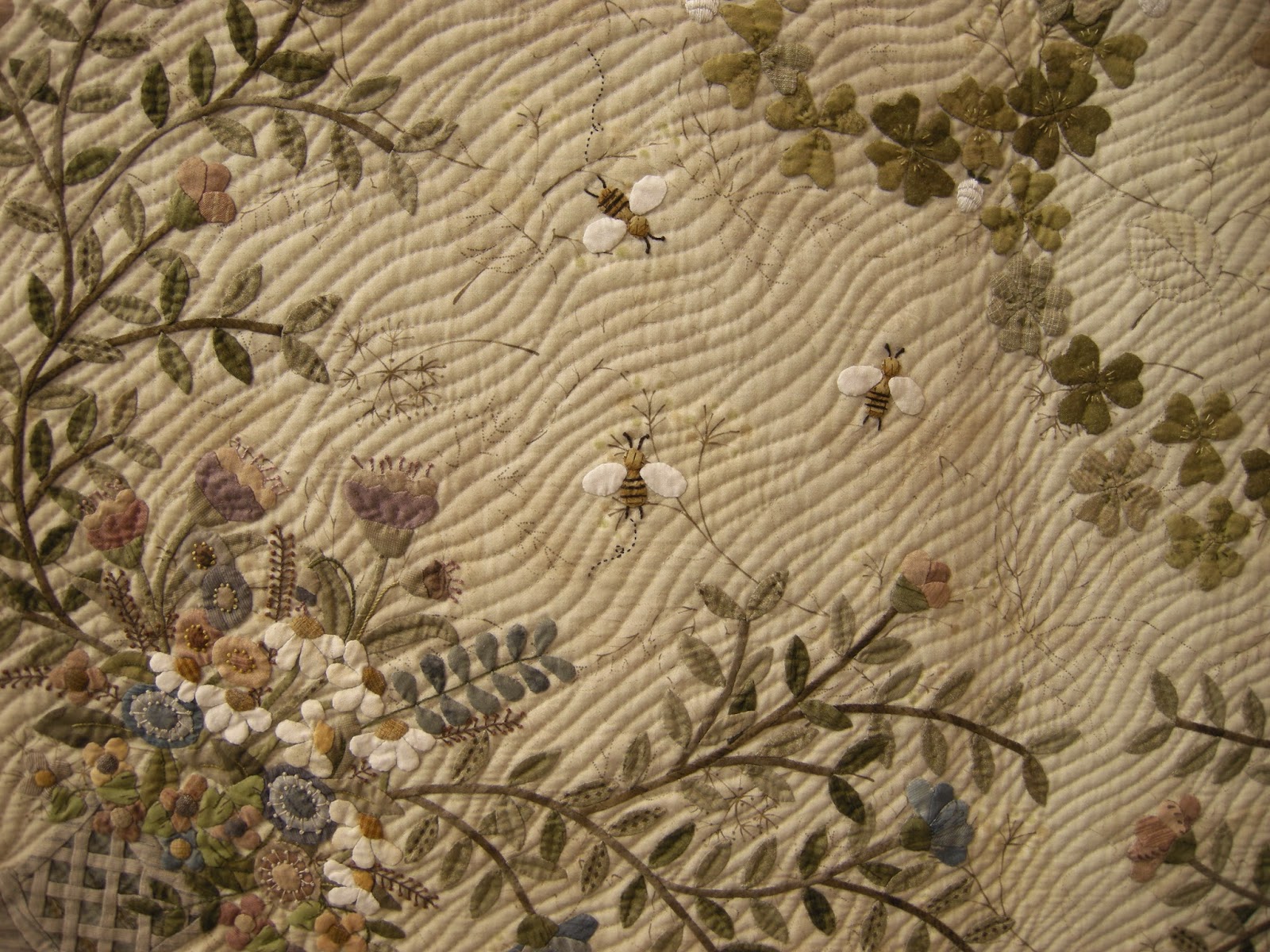 春風の恵み by 中村崇子
Here is a detail of one of the very Japanese taupe quilts; flowers and bees.

I am sorry I have often shown just details rather than the whole quilts. People get in the way, the light is not always good (see the shadow of the first yellow quilt) or the quilts are so large you can not back away far enough to catch the entire quilt.